Signs you Need to FIRE your Doctor

So, my mother will not let me go to her orthopedic surgeon appointment with her, because I will “make a scene.”

Hell yes, I’m going to make a fucking scene.  The man has LIED TO HER at least twice now.  And he is, apparently, a fatphobic fuckhead.

My mother is in her 70s, had both knees replaced some time ago, and needs a hip replacement.  Her hip is in bad enough shape that my sister has had to call 911 to take her to the ER on at least three occasions in the last six months because of the pain.

I am not allowed to meet her at the ER anymore because the last time I went with her, I did NOT make a scene when the ER doctor was a fat-shaming dickhead who didn’t listen to my mother talking about how she had already lost 50 of the 75 pounds her asshole surgeon told her she had to lose (part of the lies), and instead informed the mobility impaired elderly woman who had already lost 50 pounds to put down the candy bars.  I did not cause a scene.

I emailed the hospital and explained in great detail why his attitude and actions were harmful, and that I did not appreciate my mother being treated that way.

They emailed me back, and wrote her an apology letter, assuring her and I that they would be talking with the physician.

So she won’t let me go with her, because I will cause a scene.

Ok, so lie the first: Medicare won’t cover the surgery at your BMI. 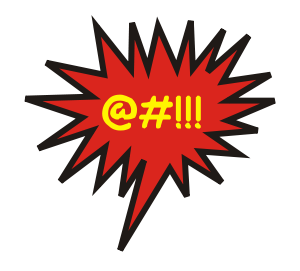 Medicare does not mention a BMI limit anywhere.  The hospital may in fact have a BMI limit or recommendation.  The fat-phobic shithead surgeon may have a personal limit.  But Medicare does not.  I researched this, and because I work in the medical field in a location that has many, many social workers who help people navigate Medicare and other medical programs, I asked one of those folks if THEY had ever heard of Medicare having BMI limits.

Someone’s pants are on fire.

Then, she lost the last of the 75 pounds, went in and he says, “Mmmm, I never said that. You need to lose another 20 pounds at least.”

This is a woman in her 70s with EXCEPTIONALLY LIMITED mobility who is already starving herself to meet your arbitrary bullshit requirements that do not, in fact, have science to back them up.  And you’re just like, “NBD, just lose 25 more pounds.”

Fuck this asshole in the ear.

Then when she’s within ten pounds of that second completely bullshit goal, she calls to schedule the surgery because he told her that they’re booked out at least 3 months.

But assface won’t do the surgery until she loses 10 more pounds.  And they don’t want to book out that far. I don’t know why, it’s weird.

She’s lost 90 lbs.  She quit eating, and then quit taking one of her meds that treats a FUCKING HEART CONDITION, because she wasn’t eating breakfast and she’s supposed to take it with food in the morning.  That was a fourth 911 call when that condition acted up.

I kind of want to kick this asshole in the junk repeatedly.

You’ve lied twice to a woman who desperately needs a hip replacement because you don’t like fat people.

I hope that makes you feel like a man, fuck face.

I don’t get along with my mom, we don’t hang out, I know I am not her favorite person, let alone child.  But she is still my mom, and I don’t want her to be in constant pain because some douche can’t get over his fat-phobic bullshit.

This guy needs to be reprimanded at the very least.  I would prefer not allowed to practice ever.  Because fuck him, if you can’t treat people like they are people regardless of size, you shouldn’t be a fucking doctor.